China has become the poster child for what neo-fascists like to call "State Capitalism". It's really not capitalism, but just good old fashioned robbery, central control and bs. China has been able to post some impressive numbers in recent years in terms of growth and employment. Pundits and politicians have suggested that we could learn a thing or two from the China model and even predicted that the U.S. would be replaced as the leader of the global economy by China.

Well, it turns out much of the Miracle in Mao Town was smoke and mirrors. They built mega cities that nobody lives in and shopping centers and theme parks that nobody will ever use. All with the intention of keeping people busy, money moving and creating the illusion of prosperity. But all good Ponzi schemes must come to an end and it looks like this one is no exception. No doubt the whole episode has created several new millionaires and billionaires (many of whom have already fled China), but the general public, as usual, got the shaft and will be responsible for cleaning up the mess.

Here's an excerpt from an article on

The Daily Ticker, via Yahoo Finance:

In a nutshell, the ‘shadow’ banks borrow from China’s state-controlled banks, use the funds to finance construction projects and sell bonds tied to those projects with yields far above bank savings rates.

“The Ponzi scheme is going on with retail investors…they don’t want 1% or 2% in the bank or even less,” Rickards explains. “The quasi banks come along and say ‘we’ll give you 6%-7%-8%.’ They take the money, invest in these assets that are completely non-productive [with] no way to be able to pay off the debt.”

In true Ponzi scheme fashion, the key here is that the shadow banks use the proceeds from the latest asset sale to pay off investors from prior ventures. “They never sell the assets,” Rickards says. “They sell [new] products and use that money to pay off the old guys.”

Other articles paint a picture of a good idea that didn't work out, rather than the more cynical view that it was never intended to work out.

From FT.com:
"...Much of the country’s economic growth has been driven by the building of its cities. But when the construction runs its course in about two decades’ time, there is a real risk that China will languish as a country “with pockets of extreme wealth and an educated middle class, but whose cities teem with enormous slums and suppurate with entrenched social divisions”.

Given that China was a late-comer to urban development, it had the advantage of being able to absorb lessons from all those that went before. Yet the precedent to which it conforms most closely, albeit unwittingly, is the zenith of urban sprawl and traffic jams: Los Angeles.

Instead of reaping the economic and environmental benefits of dense, mixed-use neighbourhoods, China has gobbled up ever more of the countryside. Vast grids of wide boulevards cut residential districts off from places of work and bear the hallmarks of top-down planning, like some giant, manic game of SimCity.

Whether well-intentioned or not, the marketplace works when it's an expression of the cumulative effect of free individuals engaging in free trade. Yet, politicians and bureaucrats can't stop trying to replace the awesome power of controlled chaos with top-down central planning and edicts from on high. It never works. It never will. But, it's an easy sell because it sounds like it ought to work. People like predictability. Central planning is predictable, and when you get that much money moving around, it provides lots of opportunities for some of it to wind up in a quick thinking central planner's pocket. This Ponzi scheme may be coming to an end, but rest assured, there'll be another one right behind it.
Posted by Ed Duffy at 10:07 AM No comments: 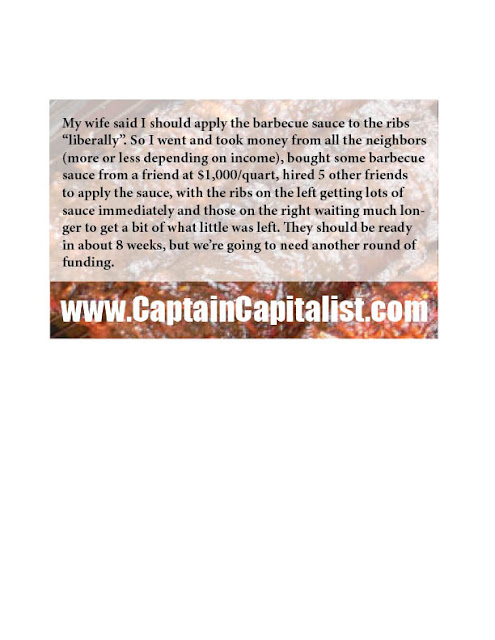 Just when you thought things couldn't get worse 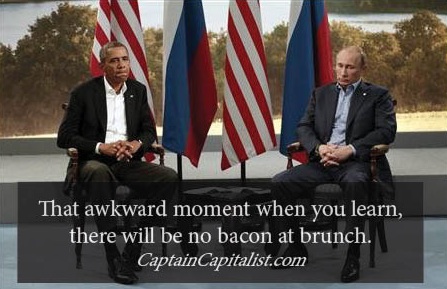 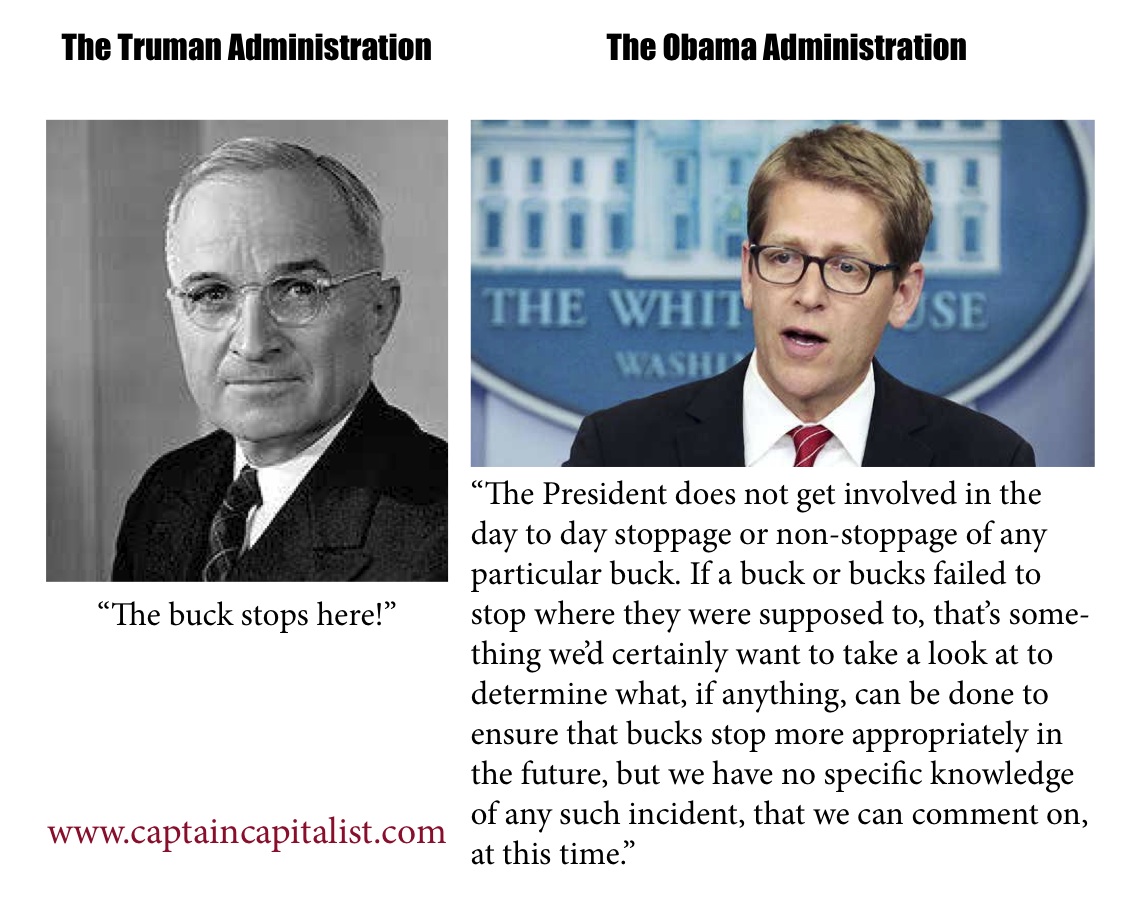 It had long been rumored that the United States and other governments around the world had been monitoring electronic communications of just about everyone. Over the past few weeks those rumors have been confirmed and it's actually more extensive than most people ever imagined. And now that Pandora's box has been opened, there's no closing it.

The United States government collects and stores data on phone calls, emails, social page posts, Internet chats and more. Presumably, they would only use such information to protect innocent people from bad guys. However, the IRS scandal demonstrates that actual human beings don't always follow policy.

Even if you have faith that our own government officials and politicians would never misuse information to their own benefit or for the advancement of an agenda, the fact is, the U.S. has now set the new standard for data privacy: There isn't any.

If the leader of the "free" world is within its rights to monitor the behavior, conversation, thoughts, location of all its citizens, all the time, what would be off limits for the governments and intelligence agencies of China? Iran? Russia? Pakistan? India? We didn't just cede the moral high ground, we excavated and leveled it.

I suppose it may be a good thing to have taken the fiction of benevolent authority off the table. With the awareness that everything you say/do/write can and will be held against you, perhaps people will choose their words and ponder their actions more carefully. Politicians must know as well, that if they can use data to attack their rivals, their rivals can do the same to them, and we the common folk, have access to quite a bit of data ourselves. Maybe everybody being watched by everybody isn't all bad. It seems to work for the casino business. Let's see how it plays out on a global scale.
Posted by Ed Duffy at 7:50 AM No comments:

Why do they always assume we'd choose "security" over freedom? 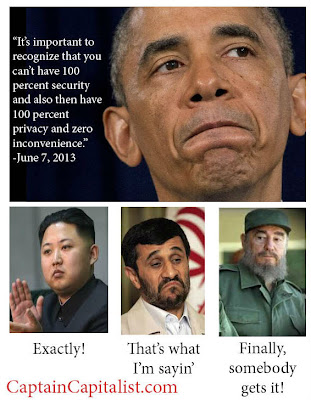