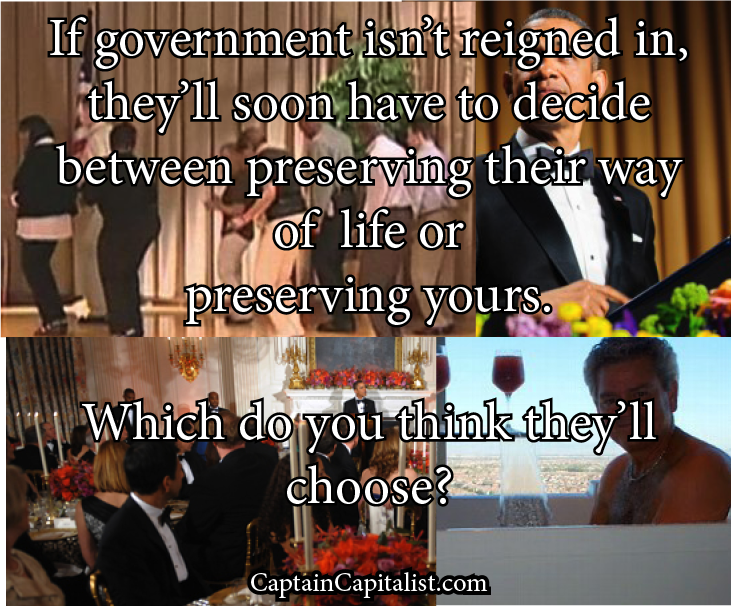 In economics, a bubble is an irrational inflation of value that ends in a sudden, rapid collapse of value. The inflated values are usually the result of actions taken outside the marketplace (i.e. by government). we've recently seen bubbles in Internet stocks and in real estate and now we're experiencing a neediness bubble.

There are now more people receiving some kind of government subsidized food aid than there are full time workers in America. There are also record numbers of people receiving some form of disability payment from the government. What's going on? Have Americans become less able? Is the economy so broken that it's impossible to survive on one's own? Actually, the answer is much simpler than that.

Even economists with differing views on which economic system or model is best are familiar with what incentives are. An incentive is a reward or benefit derived from engaging in a particular behavior. A disincentive is a penalty or disadvantage derived from engaging in a particular behavior. In a free market, incentives and disincentives come about through changes in what people want and/or need, as well as other factors, such as the availability of materials, location, etc. Generally, when something is incentivized, more of it is produced and if something comes with a disincentive, less of it is produced.

In the name of being nice to everyone and getting more votes, politicians have inadvertently incentivized neediness and disincentivized productivity. It's an easy sell. After all, anyone who is opposed to caring for the needy is obviously a callous, cold hearted monster, right? Never mind that such caring often leads to dependency and a lower standard of living over the long term. Elections are usually based on knee jerk reactions, so the long term is rarely a factor.

The government actually runs ads, encouraging more people to take part in various aid programs. It's become much easier to qualify for disability. I've heard many a conversation where people talk about how hard they work to "get their disability." I actually overheard one man, standing in line at the convenience store, proudly stating that he finally got "my 100%" after 7 years. He spent 7 years diligently trying to prove that he was incapable of productive activity. Yes, he walked out of the store to his truck, under his own power, with a twelve pack in one arm and a carton of smokes in the other.

Meanwhile, the more productive you are, the more demands are place on you. Your tax rates are higher. Many government fees are based on a sliding scale, so that the more you make, the more expensive it is. If you employ anyone, the government not only sets wage standards, but working and scheduling condition requirements, and now, the health care mandate. You have to get a license for just about everything; your sign, your scale, your business name; and you have to collect sales tax from your customers on behalf of the government so you can enable all this to continue.

There is still incentive toward entrepreneurship, if you are so inclined. But it is diminishing as regulations, mandates and taxes increase. And many people are not so inclined. They'd just as soon collect a check from an employer or, absent that, from the government. The trouble is we are approaching, if we have not already arrived at, a point where the bubble has to burst. The shrinking number of producers is no longer able to meet the promises made to the ever increasing number of needy.

This is the fundamental flaw of the underlying principal of socialism "from each according to his ability, to each according to his needs." The logical end result is a vast increase in neediness. Perhaps its a good thing to have an actual real life demonstration, not just for socialists, but for those who believe they are capitalists but also believe that some kind of socialist/capitalist hybrid is desirable and sustainable. It's not. But, don't take my word for it. Just watch.
Posted by Ed Duffy at 9:23 AM No comments: