In the end, there can be only one.

Collectivism, regardless of the flavor (communism, socialism, progressivism, wealth redistribution, social justice) ultimately can not work without total government control of resources, how they're produced, when they're produced and who gets how much. They only differ in how they get from our current situation to the one they're all driving at. So if someone tells you they support your individual rights and freedoms, but also support one of the above, they either don't understand what they are saying, or they're lying. That's not a political statement. That's a fact. I'm not presuming to tell you which you should prefer, but you can't have both liberty and collectivism. Eventually, you're going to have to make a choice, or the choice will be made for you.
Posted by Ed Duffy at 5:28 PM No comments:

Community is a word you hear a lot. It's invoked by politicians and speakers frequently, every day. What does it actually mean though?

Community is a feeling of commonality;  a sense of being a part of a group; a common bond. It could stem from geographic location, common interest, family, group membership, affinity for a particular kind of music, hobby, sport. It can stem from almost anything multiple individuals have in common.

The term "community" can also refer to everyone who shares the feeling of community based on the same thing, i.e. "the skateboarding community". Often it's a combination of many things and each individual can feel a part of numerous communities.

It's important to note that neither feeling nor the group is a person. Community has no property ownership, no vote, no rights. How could it? You can't speak directly to "community". It's not legally liable for anything, anywhere, ever. The individuals within it may be, but "community" is not.

Community can be enjoyed, employed, reinforced, amplified, but it should never be served. The degree to which you indulge in any community is entirely your business, but you owe "community" nothing. Don't worry. It's not a person. It has no feelings. It wont be upset with you if/when you choose not to engage, and it will still be there if/when you decide to go back.

Fun experiment. Try to be aware whenever you hear someone use the word "community". See how many times it's used in the context of asking or suggesting that you give up some of your time and/or money.
Posted by Ed Duffy at 3:22 PM No comments:

The Internet of Wheels 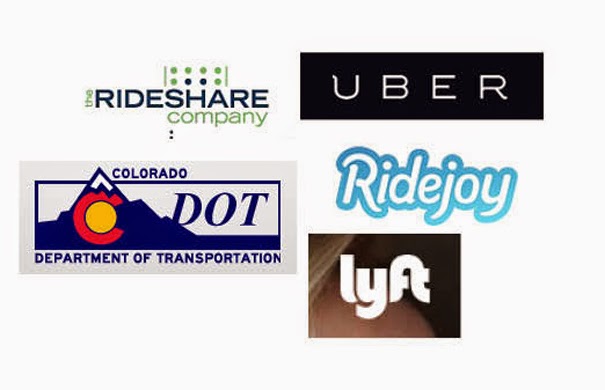 With all the new technologies that have come to market in the last couple of decades, at least one thing has remained a tough nut to crack; transporting physical objects from point a to point b.

Whether it’s people, cargo, mail or dry cleaning, moving it from place to place is often the most expensive part of any project or endeavor.

Now despite the best efforts of some municipalities, lobbying groups and even countries, ride sharing operations like Uber, Lyft and others may be on the verge of breaking down that wall.

One of the reasons logistics is so expensive is the barriers to entry in many markets. In many places you’re supposed to have a special license, permit or very expensive medallion to operate a “taxi” service. Competing with the US Postal service in mail delivery is technically illegal. There are myriad rules and regulations that come along with operating a courier service as well. Some of these barriers are well intentioned, some not so much. None took into account the model presented by these relatively new companies.

The new model would not be possible without the Internet and mobile apps. The company recruits drivers, who provide their own vehicles, determine their own hours (so long as they’re within window the company specifies) and agree to abide by company standards as far as the vehicle, service and rates. The company (Lyft, Uber or other) handles payment processing, dispatch and marketing. It’s a great way for individuals to make some extra cash, or even work full time. Now they’re getting into courier and errand running service as well. Other models simply use apps to connect drivers to riders and let them work out the terms on their own. The Colorado Department of Transportation (CDOT) even has its own program called Vanpool. From the website:

“Vanpooling provides an alternative to carpooling and public transportation by offering options on traveling by van. Vanpools are most successful when 6-15 passengers that live and work within a small radius of each other commute together.

Vanpools can be owned by the driver, they can be sponsored by an employer or a third-party program sponsored by a Public agency such as Mountain Metro Rides, VanGo or Way to Go are available.”

This could be a breakthrough in logistics similar to what the Internet was to information. Imagine having several million independent drivers, always at the ready. You could call and have something picked up within a few minutes to be taken wherever you need it to go. If the control freaks can let it evolve, it could lead to much higher efficiencies in the delivery of everything from letters, to pizza to merchandise, lumber, trash/debris hauling; essentially we could see the same type of organic network configuration development that we’ve seen with the Internet and to a lesser extent, the power grid.

Naturally, the folks who have a vested interest in the status quo will continue to block such efforts in the name of public safety and consumer protection. Hopefully, entrepreneurs and public demand will push back hard enough to bowl them over.
Posted by Ed Duffy at 9:07 AM No comments: